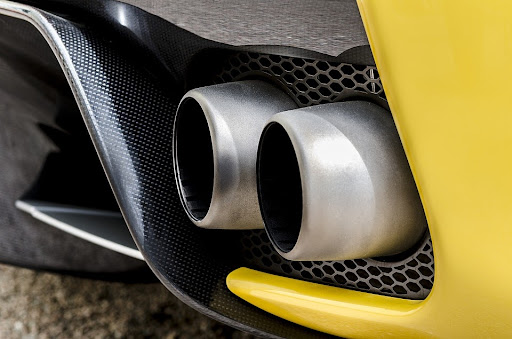 Everything you need to know about rhodium

About 80% of rhodium produced in the world is used in the automotive industry, primarily catalytic converters.

Rhodium is a noble metal and is, therefore, an extremely effective catalyst. This makes it applicable for any commercial purposes, mostly in the automotive industry. Rhodium is resistant to oxidation, tarnishing, corrosion and even the most aggressive chemicals, and is sometimes used as a protective coating on jewelry. Rhodium has an aesthetically pleasing, reflective bright-white appearance, which makes it a popular choice for those who like their jewelry to be extremely beautiful as well as durable.

What to know about rhodium?

Rhodium is a precious metal that has a high monetary worth. Precious metals are a nonrenewable resource that has high demand in manufacturing. The name rhodium comes from the Greek word “rhodon,” which means “red”, and refers to the rose color of rhodium salts. This is also what brought its symbol on the periodic table, “Rh”. This precious metal is used for many things, including:

What is rhodium used for?

Rhodium is rarely used by itself, and almost always in the form of a metal alloy. Rhodium alloys are frequently used in electrical wires, electrodes and electrical contacts. You’ll find rhodium alloys in medical devices such as heart pacemakers. It is also popular as a finishing element for white gold, which is rhodium-plated gold, and sterling silver, which is rhodium-plated silver.

Rhodium is the most effective precious metal for the removal of nitrogen oxides in vehicle emissions, though it is always combined with other platinum-group metals when used in catalytic converters. About 80% of rhodium produced in the world is used in the automotive industry, primarily catalytic converters.

How much rhodium is in a catalytic converter?

As a result of the high value of rhodium, there has been a trend in the increase in the theft of catalytic converters in recent years.

What metals are in a catalytic converter?

In addition to rhodium, catalytic converters usually contain platinum and palladium, which also aid in the process of cleaning exhaust gas. Many modern catalytic converters on the road today also contain gold, which helps to break down pollutants into less harmful molecules, such as water and carbon dioxide.

Other than road vehicles, rhodium catalytic converters are also used in:

Rhodium is usually found with deposits of platinum and other precious metals and is primarily extracted during the platinum mining process. It was discovered in 1803 by an English chemist named William Hyde Wollaston, who first extracted it from a piece of platinum ore. 85% of the world’s supply of rhodium is mined in South Africa, with much of the rest primarily being extracted in Montana in the US, as well as in Russia.

Commercial rhodium can also be obtained during the process of mining several metals other than platinum, such as palladium and nickel. In nature, rhodium is typically found combined with other minerals, though it can sometimes be found on its own. Rhodium occurs most commonly with platinum, with a typical unit of platinum ore containing about 6-9% rhodium.

A considerable amount of rhodium is also recovered through a rhodium recycling and refining process. An estimated $3+ billion worth of rhodium is recycled each year, with the majority being extracted from spent catalytic converters.

Because rhodium occurs so rarely in nature, approximately 30-40% of rhodium that is currently in use is recycled, not newly mined. Most of the consumer rhodium that is recycled comes from catalytic converters that are no longer in use. Rhodium is recycled at precious metal refineries, where it is melted down and purified, similar to the processes of refining other metals. Most precious metal refining facilities will require 500 or more catalytic converters to profitably recycle rhodium.

There are a few other products that hold rhodium and can be recycled, like wires, sheets, rods, tubes and foils.

How much is rhodium worth?

Rhodium is currently the rarest and most expensive precious metal in the world. As of September 2021, one ounce of rhodium has a spot price of more than $15,000. Comparatively, gold has a current spot price of about $1,800, and one ounce of silver is worth about $24. Historically, rhodium’s highest value was reached in March 2021, when its spot price rose to $29,800 per ounce.

Though the rhodium market is relatively small, with just over 1 million ounces consumed in a year, only about half as much rhodium is recycled each year as is mined, which contributes to the value remaining high. The value is not projected to dip until at least 2025, though an increase in demand would inversely affect this prediction.

Majestic Corporation has been a leading precious metals recyclers, non-ferrous metals and Catalytic converter provider for around five decades. With a presence in the United States, United Kingdom, Malaysia, Italy, Mexico, Australia, Hong Kong and more, as well as a network of precious metals refineries around the world, we work with major customers and partners in a transparent and discrete manner and only offer the highest quality services at competitive prices.