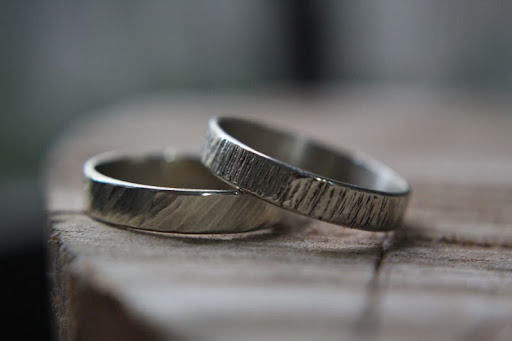 Everything you need to know about palladium

Palladium is a precious metal in the same element group as platinum, iridium, ruthenium, osmium and rhodium on the periodic table.

As prices skyrocket and demand continues to grow, palladium is becoming an increasingly important player in the global precious metal trade. This rare and in-demand commodity was discovered over two centuries ago, but most people still know very little about it.

What is a palladium?

Palladium is a precious metal in the same element group as platinum, iridium, ruthenium, osmium and rhodium on the periodic table. It is silvery-white in color, with a lustrous, shiny finish. Due to its malleable properties, it is considered extremely desirable for use in both jewelry making and decorative applications. It also possesses ductile qualities, meaning that it can be easily drawn out into a wire.

Palladium is an extremely stable element and does not react with air or water. Given these properties, palladium neither tarnishes nor rusts under normal conditions. One of the most remarkable and useful properties of this element, however, is its ability to absorb massive volumes of hydrogen. This property makes it's surface an extremely effective catalyst for a variety of chemical reactions.

Where is palladium found?

Palladium is typically found only in pure form in nature, often in the same places as platinum and other platinum-group elements. These elements are formed when magma erupts from beneath the Earth’s crust and cools rapidly near the surface. Due to being formed similarly, it only makes sense that they are typically mined in the same location.

Montana’s Stillwater Mine is the only platinum and palladium mine in the United States, and so much of the palladium used in the US is imported. South Africa and Russia are the leading producers of palladium, but Ethiopia, Australia, Canada, Zimbabwe, Italy, Germany, France, and South Korea all also mine this highly valuable metal. In addition to being mined, the whitish metal is also sometimes extracted as a byproduct of nickel or copper refinement.

How much is palladium worth?

Palladium is one of the rarest elements on earth, as it is estimated to exist at only 10 parts per trillion. Due to its rarity as well as practical application, palladium is considered to be one of the most valuable metals in the world. As of the writing of this article, palladium is trading at US$1,911 per ounce, making it more valuable than both platinum and gold today.

These prices should be taken with a grain of salt, however: Palladium typically trades for slightly less than platinum, making it popular for applications where platinum would otherwise be used. Due to recent events affecting areas where palladium mines are most active, global supply has been disrupted and continually growing demand for the element has inflated the price beyond its typical value.

What is palladium used for?

The range of uses for palladium is extremely versatile. Due to its malleable and non-reactive properties, it is often used as an alloy of gold, silver, or platinum in jewelry. This results in brighter, shinier metals that are more resistant to tarnishing over time.

“White gold,” while commonly used in jewelry today, is a misnomer: Rather than pure gold, this material is a popular alloy of gold and other metals. Palladium white gold is considered one of the brightest and most prized options for this purpose. Due to its nonreactive nature, it is also frequently utilized in dental work for fillings and crowns.

The most common use for palladium, however, is in the automotive industry. Around 85% of the palladium produced today is put to use in catalytic converters, due to palladium’s incredible catalytic properties.

A catalyst is a substance that can increase the speed at which a chemical reaction occurs and palladium is no exception. When used in a catalytic converter, palladium serves to speed up the chemical reaction taking place, thus removing harmful pollutants from car exhaust.

What metal is in a catalytic converter?

Catalytic converters are parts installed in most modern fuel-burning vehicles including cars, motorcyclists and trucks. The function of this piece of equipment, essentially, is to remove harmful pollutants from exhaust fumes quickly and effectively and turn the fumes into less damaging substances. This piece of equipment is vital to reduce emissions and prevent toxic chemicals from entering the environment.

To make a catalytic converter, precious metals in the platinum group are finely granulated and applied to honeycomb-shaped filters. The precious-metal-based catalytic converter is then installed inside the channel that the hot exhaust fumes are pushed through.

The properties of palladium-group metals make their surfaces an ideal catalyst for reactions involving hydrogen and oxygen, including those needed to “clean” car exhaust.

The metals, once applied to the grid-like filter to increase surface area, serve as catalysts in a chemical reaction, allowing the fumes to be more rapidly broken down into less harmful byproducts such as carbon dioxide and water vapor.

Palladium is the most commonly used metal for this purpose, but platinum and rhodium can also serve as catalytic converter metals.

How much palladium is in a catalytic converter?

Palladium is an extremely rare precious metal closely related to platinum. It is found mostly in Russia and South Africa, though recent supply problems from these locations have caused prices to skyrocket as demand grows.

This metal has a variety of applications including dentistry and jewelry making, though it is most commonly used in the production of catalytic converters. Due to its excellent catalyst properties, it is an invaluable resource for this purpose.

Palladium is a worthwhile metal to stay informed about, as the combination of its relative scarcity and incredible usefulness will continue to drive prices for the foreseeable future.

Majestic Corporation has been a leading precious metals recyclers, non-ferrous metals and Catalytic converter provider for around five decades. With a presence in the United States, United Kingdom, Malaysia, Italy, Mexico, Australia, Hong Kong and more, as well as a network of precious metals refineries around the world, we work with major customers and partners in a transparent and discrete manner and only offer the highest quality services at competitive prices.